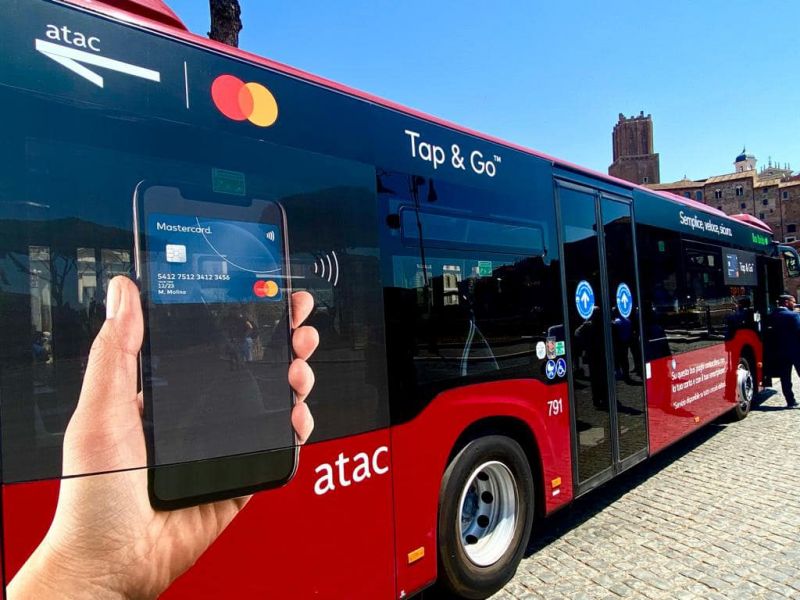 Rome commuters will quickly be capable to avail of contactless ticketing on town’s whole transport community due to “Faucet&Go”.

The cashless system, which permits passengers to pay for tickets with credit score, debit and pay as you go playing cards, was launched on Rome’s 51 bus on a trial foundation just a few months in the past.

It’s now being prolonged to all buses and trams operated by Rome transport firm ATAC by the top of the 12 months, in collaboration with Mastercard.

The capital’s transport councillor Eugenio Patané has hailed the system as accessible and environment friendly and stated it’s going to go some solution to combating fare evasion on Rome buses.

“Earlier than you needed to go across the metropolis, to newsstands and tobacconists, to search for tickets” – stated Patané – “Any further you will get on the bus and pay together with your cell phone and your bank card.”

Since its launch on Rome’s underground system in 2019 greater than 11 million tickets have been bought by Faucet&Go which in October accounted for 23 per cent of metro ticket transactions.